The Key To Good Surfing

What the fuck is good surfing. That's a question I've been asking myself for years now. At least surf comps put a criteria to what judges believe is good surfing, speed, power and flow, but I believe there is more to that. There is more to the sport of surfing.
Contests are the original way to make money, the best path to creating a long career in the sport, but the guys I think of, when I think of good surfing are pro freesurfers. Guys who travel the world like pro skaters, stacking clips for a 3 minute video part or a 20 minute surf film. These guys are the epitome of good style and in terms of surf skill, would smoke some of the best competitive surfers... wouldn't even be a competition. It's these guys you think of when you think of surfing in general. These guys are the true embodiement of surf, fashion, culture and of course style.
Let's go back to that one word I mentioned above, style. Style is the key to good surfing. It's not doing radical turns or fat airs, its having the correct arm placement and technique with your own unique tinge while doing these so called tricks, that makes it "good surfing." Style is everything. The reason these pro freesurfers have a job is because people enjoy watching their surfing. Not judges, not hard core surf enthusiasts, but the general public of surf. This is the flaw in our competitive system. I've grown up on Scholastic surf comps, and WSA comps, and I have seen tons of groms with virtually no style finishing consistently on the podium, then they have their go at a video part, and you see repetitive, low flow surfing. It seems all the other sports that compete with surf viewership have already figured this idea of style importance out. A huge part of scores in snowboard contests is how much style and flow the rider has, same for most skate contests, however surf contests are still on a 1-10 scale, being judged for how many turns you fit in to a little close out. It does state in the criteria that flow and technicality are judged, but in my experience with competing and watching surf comps, the guy who does the cleanest, flowiest turns can loose out to the kid fitting the maximum amount of turns in on each wave, even though the kid is doing his wips like a spastic 5 year old with a spider in their hair.
Style is key to good surfing. If you are a good surfer it means you have good style. If you aren't winning contests, it doesn't mean you aren't the best surfer. Most will agree, the man who surfs the best, is the man who looks the best... the man with the best style. 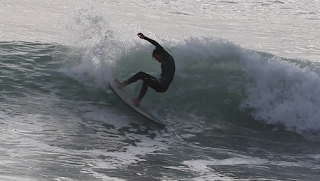 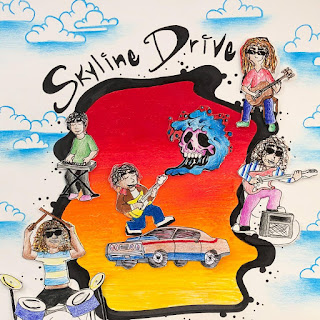 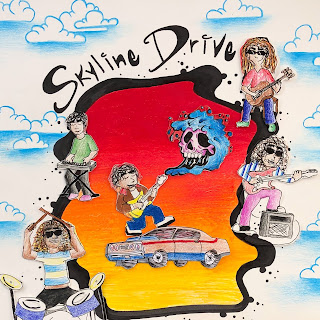 New Single “Skyline Drive” Out on All Streaming Platforms Now!